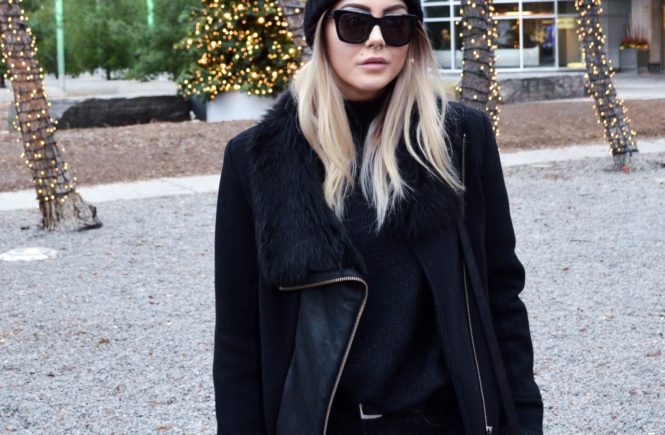 Christmas in Toronto is such a beautiful time of the year. For those of you who think I’m nuts, look past all the salty snowed streets, crowded malls and bumper to bumper traffic and stop being such a downer! I have to admit I’m not a fan of any of the above myself especially the winter weather, but I can tolerate it (and actually crave it) from December 24th through to January 1st which after that point it’s free to melt and hover around the 0 mark until April. Christmas and the Holidays in general just aren’t the same without a bit of snow especially when you’re living in Toronto, Canada.

But getting back to being positive about the Holidays, this year I just haven’t been able to get into the mood and I’m not sure if it’s the lack of snow, which for the last several years has been the norm here in Toronto, or if it’s something else (cough, getting old). I tried Christmas music which unless it’s the classics sang by the classics, I cannot stand and I’m not a fan of hot cocoa. It isn’t Christmas in Toronto without going to the Toronto Christmas Market in the Distillery District which I thought about attending but the big crowds and missioning to the East End just wasn’t appealing to someone who isn’t in the Christmas spirit. That left me with having to use my imagination because I was determined to not be a Grinch. 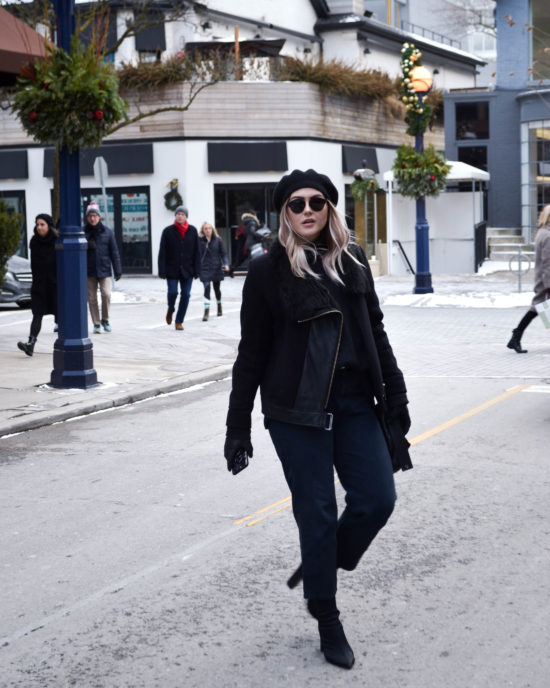 This is where my idea of going back to the basics of Christmas came from. Low on materialistic things and big on memories and moments with loved ones. This also got me thinking back to places in Toronto that I love especially during the Holidays. And that’s where my inspiration for this guide to Christmas in Toronto. So whether you’re coming here to visit family or are stuck in the city instead of on the beach, here are my recommendations on places to go that aren’t the Toronto Christmas Market just in case you’re like me, and just not that into it! (BUT – if you don’t mind the crowds or heading down to the Distillery District, it is a great place to visit!)

Guide to Christmas in Toronto 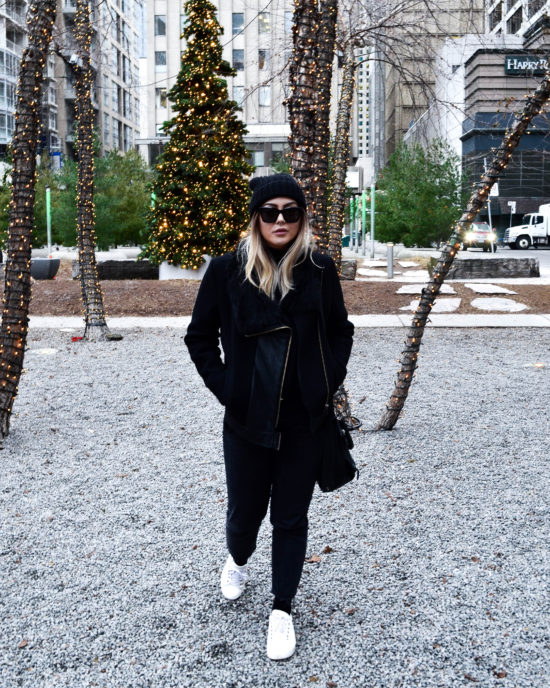 Yorkville probably isn’t the first place that comes to mind when you think Christmas in Toronto in terms of festiveness, but I have to say it’s one of my favourite neighbourhoods to be in during this time of year, regardless of it being one of my go-to stomping grounds. There is so much to do in Yorkville – walk around, eat, drink, shop and recently with what I feel is an art revival in the neighbourhood go gallery hopping. My recommendations for eats of course have to be Planta for those who are plantbased and ONE Restaurant inside the Hazelton Hotel. For last minute Christmas shopping you’ve got everything from Holt Renfrew to Zara and even an Indigo. Plus the entire of Yorkville is transformed into a stunning winter wonderland filled with lights, decorations and pine. If you want some good photo ops while you’re in the neighbourhood, head to Village of Yorkville Park on Cumberland Avenue where they’ve got a huge Christmas tree and the entire park lit up with lights and snowflakes. 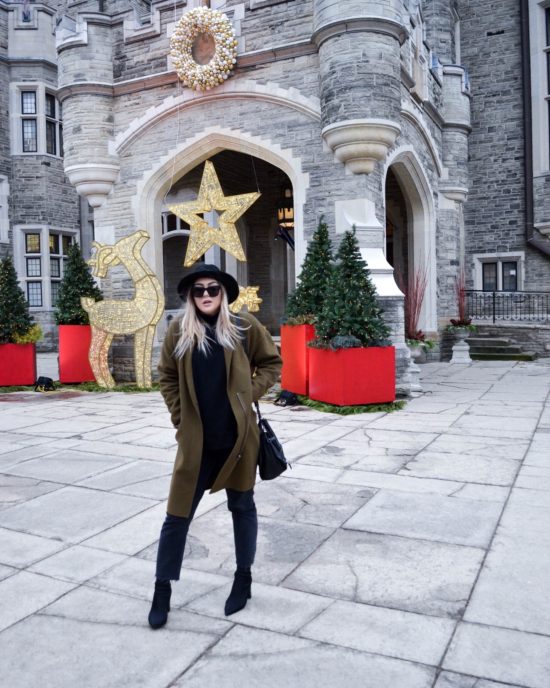 Growing up, my grandmother told me so many stories of balls she’d attend with my grandfather at Casa Loma during the Holidays for Christmas and New Year’s Eve. For those of you not from the city, Casa Loma is located just north of the Annex neighbourhood of Toronto, just west of South Hill-Rathnelly. It’s in it’s own pocket of the city referred to as Casa Loma, surrounded by Tudor, Edwardian and Georgian style homes all adding to the charm of the namesake castle. If you’re spending Christmas in Toronto I recommend you head to Casa Loma either during the day for activities and performances or once it’s dark for their beautiful lights. This year they’ve turned the entire grounds and castle into a winter wonderland with A Nutcracker Christmas at The Castle on through to January 6th, checkout their website for opening hours. 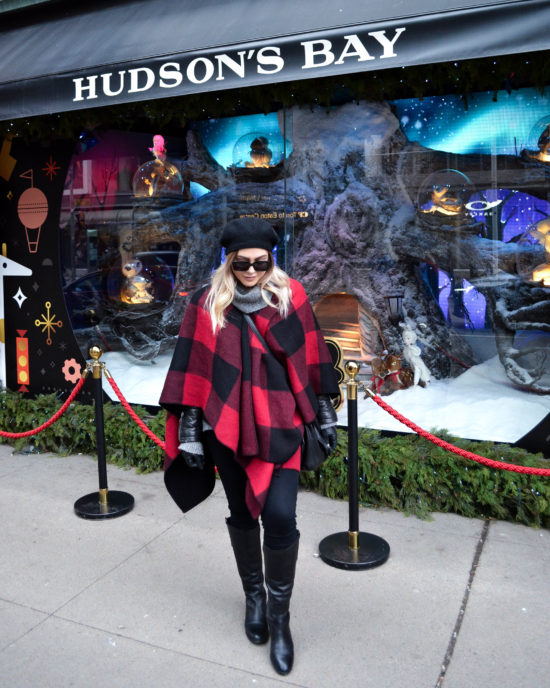 Another memory I have thanks to my grandmother are the Hudson’s Bay Christmas Windows on Queen Street, a staple when it comes to Christmas in Toronto. Ever since I can remember I’ve made it a point to see them every year, even if it’s just a quick passing by. Each year they have a theme and this year it’s multiple windows inspired by FAO Schwarz, the American toy store the Hudson’s Bay has collaborated with on in-store pop-ups for the Holidays. My favourite window had to be the one winter forest one with the adorable rabbits, that had me thinking a bit of Peter Rabbit. You should definitely take time to stop and look at the windows, and with the Eaton Center right across the street you can get that last minute Christmas shopping done! 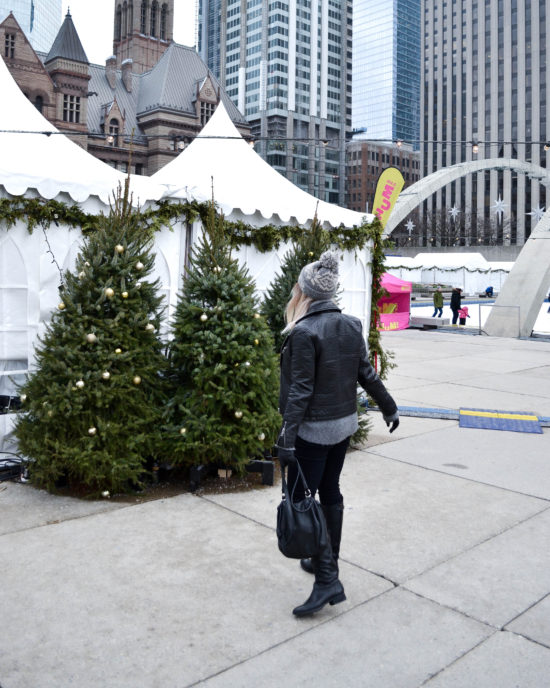 While down looking at the Hudson’s Bay windows, another classic activity during Christmas in Toronto has to be skating at Nathan Philip Square. I remember being taken here when I was little by my dad, and as I got into my teens I often came downtown with friends to skate. It’s such a classic thing to do in Toronto during the winter, and over the last few years they’ve really stepped up their game introducing a Holiday Fair packed with vendors, food and the big man in red himself. We stopped by on a Monday morning while it was closed, so we didn’t get a chance to experience the full fair, but we did notice lots of booths, and a few seating areas equipped with fire pits! The Holiday Fair at Nathan Philip Square is on until the 23rd of December, and open Tuesday through Sunday (see hours here). If you’re not local to the city and want to stop by you can rent skate at Nathan Philip Square, or you can skip the skating and just enjoy the market.

I have to admit after visiting all these places and sharing these ideas with you, I’m definitely a little more in the mood for the Holidays. There are many other markets, neighbourhoods and things to do during Christmas in Toronto which is definitely a benefit of living in a big city but these to me are not only classic Torontonian activities but personally nostalgic for me. I really hope you get a chance to stop by at least one, if not all of these hot spots if you’re spending Christmas in Toronto this year! 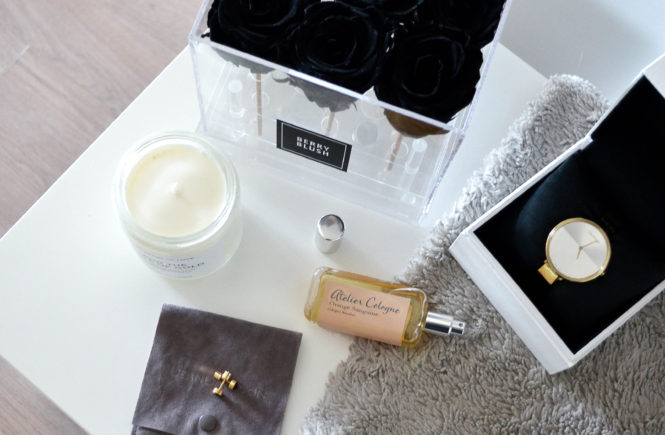 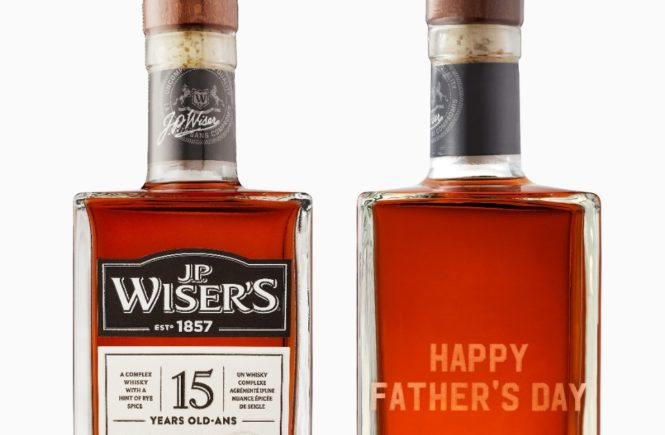 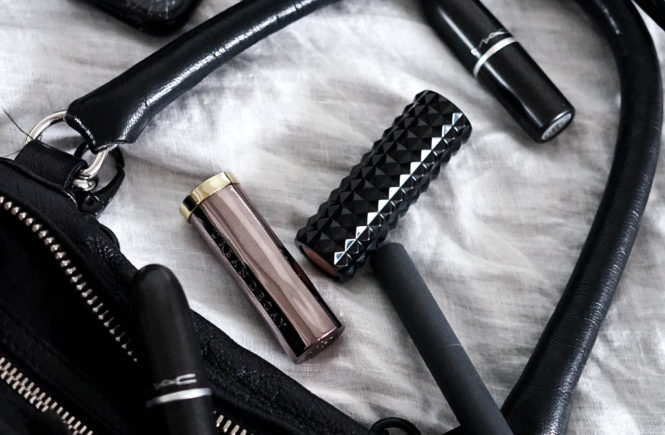 Lipstick for Every Occasion 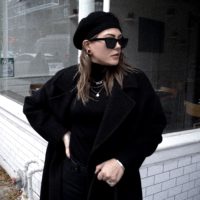 The M.J. Elle is a lifestyle blog sharing my picks in style, beauty and life from Toronto.
Learn more about me!